Guidelines for contributors to the Monmouthshire Antiquary 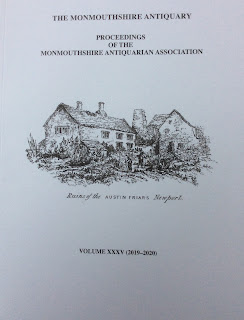 GUIDELINES FOR CONTRIBUTORS TO  THE MONMOUTHSHIRE ANTIQUARY Introduction The following ‘Guidelines’ are intended to aid both potential authors and the honorary editor and editorial sub-committee of  The Monmouthshire Antiquary . Over the years, minor changes to the ‘Guidelines’ have been made, but developments in technology, as well as new ideas about editorial conventions, have prompted a major review which has resulted in the ‘Guidelines’ printed below. Although these ‘Guidelines’ are as comprehensive as possible, every issue cannot be covered, or in some cases anticipated, so necessarily other decisions will be made by the honorary editor and/or editorial team as need arises. Aims of the Association 1. The Association aims to publish articles of a high academic standard relating to the history, archaeology and architecture of Gwent/Monmouthshire, annually in  The Monmouthshire Antiquary . Timetable 2.  The Monmouthshire Antiquary  is usually published in March or Apr
Read more 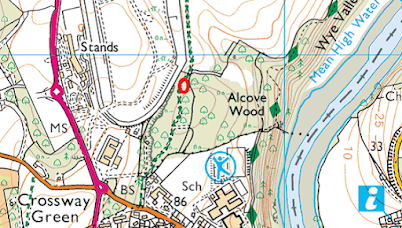 Plans for combined archaeological field work  Members of the MAA and members of Chepstow Archaeological Society have commenced an ongoing excavation of the Grove Wood House site near Chepstow Racecourse. Because of insurance issues, which have now been resolved, MAA involvement has been limited.  But the work has been successfully directed by Simon Maddison, a member of MAA.  Both he and Ray, our MAA  Chairman, have been fully involved from the outset. We are hopeful that  many more MAA  members will be participating   when work  resumes in the new year.  This will include the investigation of an associated tower ruin near Grove Wood House.  Related developments have also included an introduction to geophysics carried out in Ray's front field. This was led by Daryl and Sam Williams both accomplished geophysicists.  Gear including an EDM as well as resistivity and magnetometry equipment is now available for MAA and CAS initiatives.  Members will be kept fully informed an
Read more 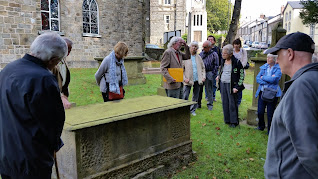 Jeremy Knight remembers being 'Out with the Cambrians' but we remember him being 'Out with the Monmouthshire Antiquarians' as well. Jeremy Knight has been an important figure in so many local historical societies and has given talks and led tours of many historical sites for numerous organisations including The Monmouthshire Antiquarian Association (MAA).  St Peter's Churchyard Blaenavon Blaenavon Ironworks One memorable visit was to Montgomery Castle which Jeremy had originally excavated. He also took us on visits to Blaenavon and many other sites and wrote articles for The Monmouthshire Antiquary. Above you  can see him looking at iron coffins in the Churchyard at Blaenavon. Below  you can see him on a visit to Gower with our members at Parc Cwm Long Barrow.    Parc Cwm Long Barrow If you look in the 2017 volume of The Monmouthshire Antiquary (Number 33) you will find that the first article is by Jeremy of the speech he gave on the occasion of his 80th birthday
Read more 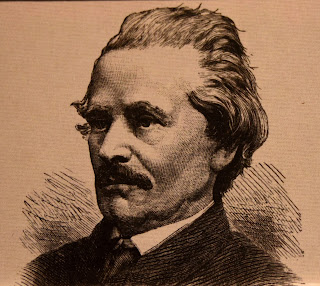 John Edward Lee, Charles Roach Smith and Aspects of Mid Victorian Archaeology Jeremy Knight Charles Roach Smith, c. 1865 From Wikimedia Commons, the free media repository This image is on display at the British Museum.     In the summer of 1848, the founder of the Monmouthshire Antiquarian Association, John Edward Lee, received a visitor at his house, The Priory, at Caerleon. Charles Roach Smith (1807-1890) had been attending the Worcester conference of the British Archaeological Association, of which he was co-founder and Secretary and took the opportunity to visit Caerleon and Caerwent before returning to London. The two men were probably already known each other, since Lee was a member of the Association and they had a great deal in common. Pictu re of John Edward Lee copyright  Caerleon Antiquarian Association     The story of Lee’s foundation of our Association and of the Roman Legionary Museum at Caerleon has been told several times. In 1971 E.I.P (Isca) Bowen made e
Read more
- May 17, 2021 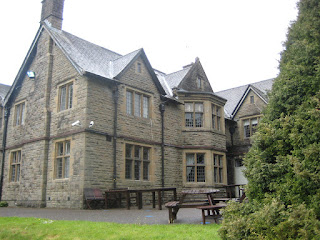 Thomas Mawson in Monmouthshire  I was invited to write an article on Thomas Mawson in Wales for this Spring’s edition of Oriel, the magazine of the Friends of National Museum Wales. Mawson was the foremost landscape architect of his time (1861-1933) and the most notable of his designs in Wales are Dyffryn Gardens and Belle Vue Park, about which I have written in a blog for the MAA last year. My recent research covering the whole of Wales revealed more than I expected, especially in Monmouthshire. Mawson had four commissions in our county, one in Blackwood at Maes Manor and three in Newport, of which two are parks and one a private house.  Maes Manor at Blackwood near Newport was originally known as Maesruddud and is now an hotel set in the countryside. British Listed Buildings notes it warrants Grade II status as an example of a small early C20th industrialist's country house retaining its original character, and representative of the early C20th prosperity of the mining indust
Read more
More posts